We spent our third d 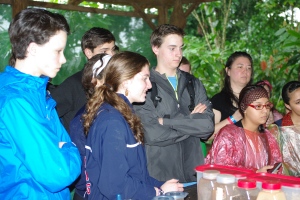 ay in Costa Rica taking a highly educational excursion to a farm that put immense emphasis on sustainability, dubbed Rancho Margot. Beginning with an extensive tour of the facility, we learned that the solid excrement of animals such as cows and pigs could be used for heating water and also that the urine from these animals could be used to produce methane, and th 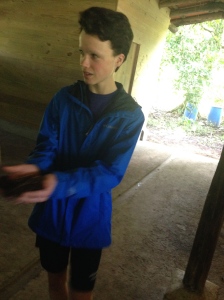 e methane could be used to run the kitchen for the restaurant on the farm. We then hands dirty by mixing a combination of three different materials that come from the mountains surrounding the 400 acre region the farm covered; these materials included semolina flour, decomposing leaves and grasses, and woodchips. Molasses and water were further ingredients added. The concoction could be used in septic tanks, the bacteria in the mixture speeding up the process of breaking down waste. The mixture could also be used for a tea, which is used in place of toxic 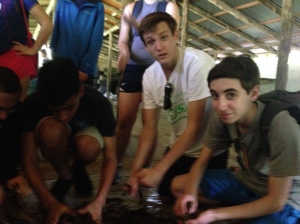 pesticides to put good bacteria into plants that would make them grow both faster and stronger. We ended this fascination of a trip with an amazing lunch that made everyone’s mouths water. 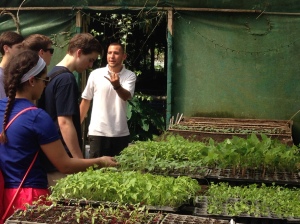 We were riveted by the fact that the food we were consuming was a product of the eco-friendly and sustainable process we had been shown during the tour. All in all, it was another inspiring and educational day in Costa Rica!

The Significance of Sustainability