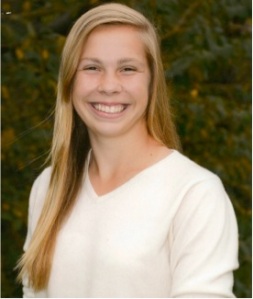 The World Perspectives Symposium was truly an amazing experience and an opportunity to learn about global health issues, environmental challenges, medical research, and technology and societal change that affect the world around us. During Madison’s presentation, my eyes were opened to the overflow of information that the media is producing and imposing on society. Madison looked at the differences between domestic media and international media and which type of news we high school students were drawn to the most. In her conclusion, she found that high school students were most closely drawn to domestic news that most commonly affect our daily lives or places close to us. An example she gave was comparing the Boston Marathon bombing to a Taliban attack in the Middle East that both occurred around the same time. Madison illustrated how people were much more drawn to the news surrounding themselves and their home countries rather than international media and news.

In Margot’s presentation I learned about the environmental impact of plastic usage especially in regards to our oceans. Margot illustrated that many companies were solely focused on their economic status rather than their impact on the environment. She also discussed the effects of plastic pollution in macro and micro senses. Macro pollution includes large objects such as nets, plastic bags, lobster traps, and other waste. The consequence of macro pollution is marine animals getting stuck in debris, which caused injury or even death. Margot also described the micro pollution throughout our oceans, and how plastic can be worn down into tiny pieces of plastic that are similar to the size of sand. The problem here is our ability to determine between sand and plastic, which is nearly impossible. Margot concluded that to ultimately solve our plastic pollution problems throughout our oceans, we must reduce the amount of plastic we use daily.

Lastly, Caroline’s presentation discussed the ideas of Aquaponics in Haiti providing a reliable food and water source to both rural and urban villages. Caroline discussed how a system based on the use of Tilapia could ultimately grow leafy green vegetables such as lettuce.  Aquaponics would serve as a substitute to soil based crops and create the opportunity to conserve hundreds of gallons of water.

Through listening to each presentation I was able to gain a greater world perspective and understanding of the pressing problems and pressures that our world faces on a daily basis. The symposium has opened up my eyes to the greater challenges the world faces and as Mr. Jones said, rather than gaining a world perspective from traveling, I was able to take the opportunities right under my nose and develop my own understanding of the world.

Perspectives Spotlight: Reflections on the Symposium